Social media is always bursting at the seams with new and exciting content, and one thing that the human race as a rule like to look in on are terribly embarrassing posts in the social media, like Facebook and Twitter. For a little bit of fun, we’d like to show you the top 10 awkward social media moments of all time. 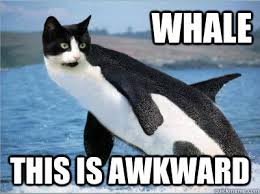 One of the most deplorably depraved attempts at capitalization was when a company called Epicurious attempted to gain profit from the recent Boston Marathon Massacre, when they tried to cheer everyone up from the tragedy with a rousing suggestion of baking “whole-grain cranberry scones”. They then proceeded to say that their hearts were with Boston and that there was “a bowl of breakfast energy we could all use today”. Nice job.

Another very poor post made by a famous person named Mary J. Blige was a time where Spellcheck clearly was not on her side:

“Why is that people always try to understand estimate my intelligents?! They should never do that! I haven’t been on (continued)”.

Taco Bell clearly didn’t scan its own Facebook photos thoroughly, as a Taco Bell employee uploaded a photo to Facebook that showed him licking all of the taco shells, an act many could consider to have definitively altered the taste of whichever tacos were made in that batch. – another reasonto scare the fast food phobics

A hotel in New York City, called Union Street Guest House, had a very distasteful and right-abolishing policy where, if a wedding was to be held, any guests who posted anything negative on social media or posted online reviews, they would be fined $500 USD…however, the public eye came to rest on the hotel and they hurriedly explained it was one big joke.

You wouldn’t ever believe this until you read it for yourself, but a store in the state of Minnesota actually had the conscious nerve to post a sale on the day celebrating a man who had a dream…but that dream was not a sale saying “25% off everything black”…

LG made an absolutely bombastic tweet about Apple’s hashtag #bendgate…but clearly whoever was in charge of that post was a traitorous moron…as he sent a tweet saying “our smartphones don’t bend, they are naturally curved ;)”…from an iPhone. Sorry, friend…you can’t have your cake and eat it, too…face palm.

Hate’s a strong word, but not as strong as the words that bashed McDonalds when they did a makeover of their mascot, Ronald McDonald, and then doing a tweet using a hashtag eponymous with the mascot, they received a ridiculous lambasting from the populace about not only the clown’s new look, but how poor the very food itself has become.

The Smucker’s company has always been known for its jam, but has it ever been known to be in a jam? Well, it was when they had their two cents about GMOs (genetically modified organisms). People were outraged about their standpoint, and when the populace began complaining on Facebook, Smucker’s almighty response? “Let’s just delete them all and pretend the little people never spoke to us.”

Yep. They deleted all of the comments.

The shuttle known as Challenger was very famous back in its day, and a tragedy when it exploded. When the social media manager of American Apparel took to social media (namely Tumblr) to celebrate July 4th, he posted a photo of Challenger exploding. It goes without saying that fellow Americans were extremely angry about the whole affair, and the company was forced to apologize for the manager, stating he was born after Challenger’s time.

When a customer decided to file a complaint through social media to US Airways, they never expected the response to be graphic or sexual in nature. When US Airways responded to the complaint, they accidentally posted a photo of a female performing an explicit act with a large toy airplane…needless to say, the image was removed almost immediately, and US Airways found itself apologizing to an irate customer, saying they meant to flag the photo, but ended up doing a Copy/Paste by accident instead.

So now you are aware of ten very inappropriate and very terrible “fails” in the social media. Ahem.. Perhaps it’s time to hire a new social media manager!

PS – Want these blog posts delivered right to your inbox? Sign up at our blog page HERE

Related Posts:  When You Need to Hire a Social Media Manager

How Often Should I Post Social Media Updates?  (VIDEO)

How Do I Make My Content More Attractive?  (VIDEO) 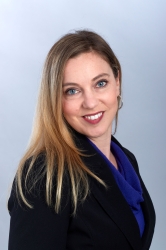 Follow me
Lark Begin
CEO, Content Writer, SEO Master at Profit Parrot Marketing and SEO
Lark Begin is a digital marketer from Ottawa, Canada. Lark is an SEO Master, PPC expert and content writer. She helps many small businesses get ranked on Google each day.

Follow me
Latest posts by Lark Begin (see all)

Lark Begin is a digital marketer from Ottawa, Canada. Lark is an SEO Master, PPC expert and content writer. She helps many small businesses get ranked on Google each day.

Ways to Improve Your Conversion Rates Through Facebook Ads 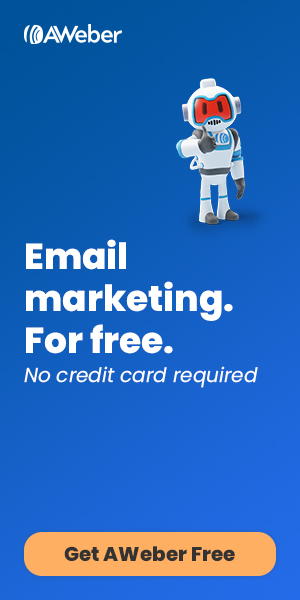 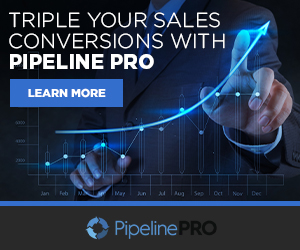 Do You Want More Traffic?